I’ve mentioned before that we’re not always a very well-behaved family. I’ve got some evidence of that from our camping trip. I’ve gone back and forth on whether to post it here, but it does make me laugh and as the sign at the campground said 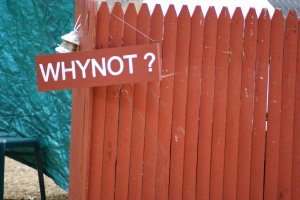 I’ll start with some of the more benign stories to give anyone who’d rather avoid what I can only describe as mushroompr0n a chance to avoid scrolling down and seeing the more shocking photos.

So, we went camping with our usual camping crew. 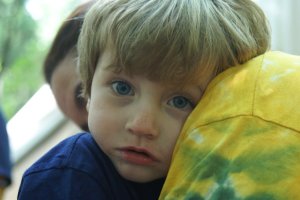 We tried out a new campground this year, where we were excited to see we had our choice of boats for an afternoon on the lake. The Coxsways went with a paddleboat 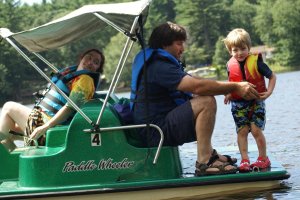 while we chose a rowboat, rowed very expertly by Rowan the rower. 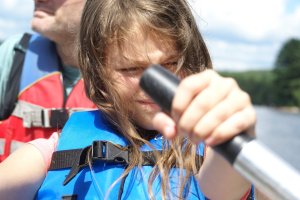 There were wild blueberries growing all over the place. Jon couldn’t seem to get enough of them. 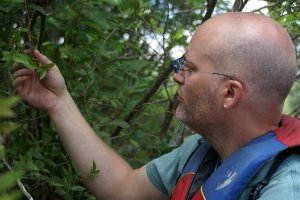 All very wholesome so far, no?

Those Coxsways are a bad influence, though. Before I knew it someone (ok, it may have been one of my children) had suggested that a few someones should combine all the explosive material that could be found in some 4th of July poppers and cracklers and sparklers and see what kind of a bang they could come up with. 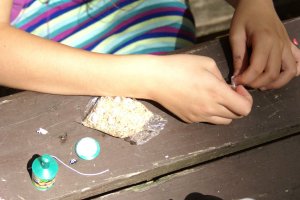 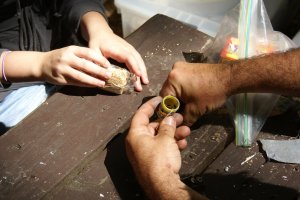 I’m happy to report that no forest fires were started and no fingers were lost. 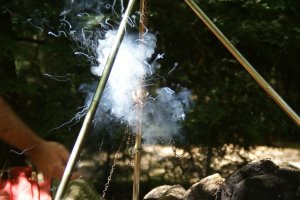 Ok, fair warning, I’m moving on to the mushrooms. I’m going to start with some nice, pretty, inoffensive mushrooms. If you think you may be offended by the ‘other’ mushroom, now’s your chance to run away.

So, during our stay we noticed a variety of mushrooms. There was a pretty mushroom that looked to me like a fairy house 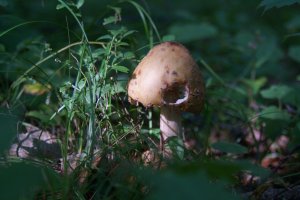 and there was a purple mushroom 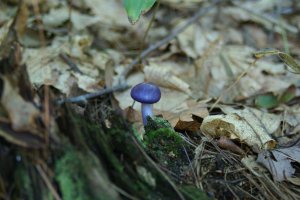 and then there was the mushroom we noticed within a minute of getting out of our car. 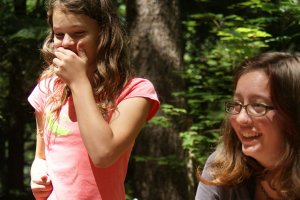 Are you ready for it? 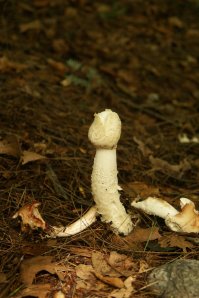 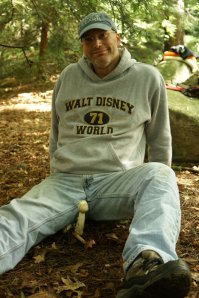 but the mushroompr0n prize must be awarded to Tim, who can always be counted on to join me at whatever level I might stoop to. 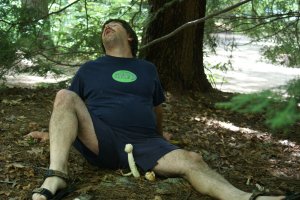 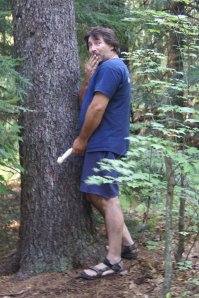 Unfortunately, it all ended in a messy accident. 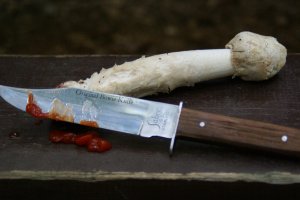 I think the blood’s a nice touch. I’m not naming any names, but credit for that goes to the kid who didn’t have the idea about the explosives.